Reconnecting after a crisis

No, the current crisis is not over. Actually, there are several current crises and none of them is over. Another soapbox for another day. 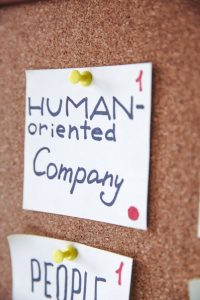 For now, let’s be optimistic and plan for what you will do after the crisis passes – any crisis.

Many businesses have crisis communication plans that guide them through the midst of natural disasters or other interruptions to their operations. How many have a plan for reconnecting after the crisis is over? Do you?

Reconnecting after a crisis means remembering that your team members, customers, vendors, and other stakeholders are human. They may have been through some very challenging times themselves. You may have had to let some employees go (euphemistically referred to as “furloughs”) and your customers may not have heard from you in a while.

Where do you start?

Remember that a crisis is not just about what happens but is also about how people react to what happens. For a business, a crisis can be anything from a public relations fail to a physical disaster.

There are, of course, many famous – or infamous – examples of how companies faced disasters and either survived or didn’t. Much of their survival depended on the immediacy and the quality of their communications.

A very famous example occurred in 1982, when someone poisoned Tylenol capsules. Several people died and the company took a devastating hit. They removed all of their products from the shelves and, six months later, came out with tamper-proof packaging that was the first triple-protection to be used in the industry.

Before this crisis, the company basically only communicated with the media and the public when there was a positive public relations or sales pitch to be made. After the crisis, they improved their communication strategy significantly, grounding their messages on a concern for human safety and well-being. Displaying empathy for the victims, even though it was determined that the company itself was not responsible for releasing a tainted product, Johnson & Johnson provided the victims’ families with counseling and financial assistance.

After months of isolation and Zoom meetings, how will you reach out on a human level, to reconnect after a crisis?

If you need help, let’s talk.

Words have power. Choose yours wisely.