Empathy in words and deeds

Tis the season to think about others. We are more inclined during the holidays to think about those less fortunate. We give toys to kids who may not get anything else for Christmas. We feed families who are struggling to put a decent dinner on the table. We may even volunteer a few hours to help out at a food bank or to distribute gifts to the elderly.

Awesome stuff, of course. How do we express this amazing empathy during the rest of the year, though? It is just not that difficult. 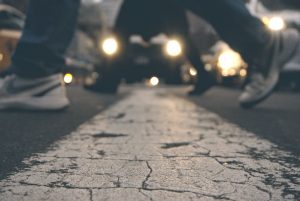 First, what is empathy? The term can be traced back to the mid 1850s, to the German word Einfühlung (ein “in” + Fühlung “feeling”).

The Atlantic says, in its piece on “A Short History of Empathy,” that “in 1908 two psychologists from Cornell and the University of Cambridge suggested ’empathy’ for Einfühlung, drawing on the Greek ’em’ for ‘in’ and ‘pathos’ for ‘feeling,’ and it stuck.”

The early use of the word, though, was almost the opposite of what we think of today when we express empathy. According to the Atlantic, “To have empathy, in the early 1900s, was to enliven an object, or to project one’s own imagined feelings onto the world.”

In the mid 1900s, psychologists began paying more attention to the science of social relations. The Atlantic reports that:

In the flurry of experimental studies of empathy that followed, psychologists began to differentiate “true” empathy, defined as the accurate appraisal of another’s thoughts or feelings, from what they called “projection.” In 1955, Reader’s Digest defined the term, which was new to the public outside of academia, as the “ability to appreciate the other person’s feelings without yourself becoming so emotionally involved that your judgment is affected.”

So how do you express empathy?

The first step is to take yourself out of the equation. Empathy is all about the other person. You show empathy – and respect – by paying attention and really listening to their situation, their experiences, and their needs.

The New York Times published a guide on being more empathetic. In part, it says:

Have the conversation. Ask open-ended questions that encourage the other person to talk to you. Then listen with intent to the responses. Even more important is to act when necessary.

We often say that empathy is understanding how the other person feels, what their experiences have been. It’s not enough to simply stand in someone else’s shoes, though. You need to take a walk in them. Then you can have a respectful, empathetic conversation about where those shoes are heading and what you can do to become a part of their successful journey.

Choose your words wisely. If you need help, let me know.

Whoosh! Pivoting and shifting and other new words for the times