Communicating across the generations 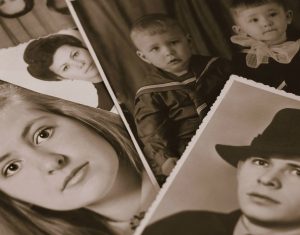 Let’s take a look at the six (count ’em, six) generations that are alive today.

Five of those (count ’em, five) are active in the workplace.

We start with the Greatest Generation, those men and women who came of age during the second World War. We saluted them recently, on the 75th anniversary of D-Day. Born in the first 20 years or so of the 20th century, they lived through the Great Depression, World War II, and a slew of challenges and “conflicts.”

Communicating with this group? Talk to them face-to-face or on an actual phone call. They want to see your face and hear your voice. And yes, you may need to raise your voice a bit as the Greatest Generation is now in their 90s and some have even crossed the century mark.

Generation X is the smallest group, known as the “forgotten” generation. No one paid much attention to them, although they have the most social factors impacting them. The first latchkey kids and the first kids to get participation trophies, GenXers are digital immigrants. Now in their late 30s to early 50s, email and texting are preferred methods of communication for them.

Still very active in the workplace is the group known as the Traditionalists or the Silent Generation. Now in their 70s and 80s, this group also prefers in-person communications, although some have accepted a minimal amount of technology. They will use email in the workplace and may even text a bit, but a phone call still works best.

Baby Boomers used to be the biggest group in the workplace, but now they are starting to retire also. So named because of the boom in births right after World War II, this group is now in their mid-50s to early 70s. Baby Boomers have seen the emergence of technology and are considered the early adopters. Most are skilled in email, texting, and some social media. These are the parents and grandparents who have taken over Facebook!

Leaving a voicemail for the next two groups is a serious waste of time – even if they have voicemail set up on their phones. In fact, many will not answer a phone call at all. They will see the caller ID and text back if they’re interested in knowing why the person called. Millennials (now early 20s to mid-30s) and Generation Z (just coming into the workforce in their late teens and early 20s) are intrinsically tied to their technology. Note the panic that always occurs when they can’t find their phone or when they don’t get an immediate response to a text or tweet.

Honestly, generation gaps have existed between almost every generation in history. How do we bridge that gap? Through compromise and communication. Quite often, compromise has to be an integral part of the communication process. If you know someone is not technology adept, make a phone call or visit in person. If you know someone will not answer a phone call, send a text message. Find a middle ground that works so you can communicate effectively.

And now you know how to communicate across generations … until the next generation comes along!

Do you have a question about workplace communications?

Email your questions and comments to pat@words-working.net.

Looking forward to hearing from you!

Hello world! Are you using your words for good?