Now for something completely different

Word weary yet? Tired of hearing the same terms, the same new vocabulary? Yearning to see something a little different in your inbox?

A loyal reader reminded me that words do, indeed, evolve, changing over time in both their use and their meaning. What we say and read and hear today may be completely different than it was not so long ago, even beyond all of the obvious new terms that we seem to be hearing and reading nonstop. 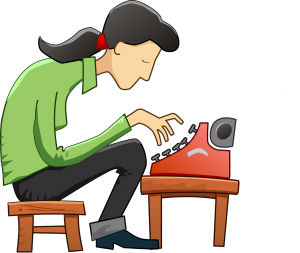 Let’s look at some of the evolving words that are completely different than anything you’ll read in the news these days.

Even the simplest of words have changed in meaning since the beginning of words. John McWhorter, in his book Words on the Move, points out some surprising changes from the old (really old) English:

“Meat was the word for what we would today express as food, a word for which existed but had the more abstract meaning of ‘nourishment.’ What we call meat or flesh was called flesh. The word bread was used for pieces, bits and crumbs of food in general; what we call bread was called loaf. Vegetables were called wort, the rather marginal word we now use only for certain medicinal herbs. Apple was a generic word for fruit.”

Why do our words change, sometimes drastically? Very simply, through common use. Words that change their meaning over time often retain elements of the old meaning and the new meaning until the new meaning takes over.

Then there are new words that pop up and become commonplace with repeated use.

Merriam-Webster added 530 new words to their dictionary listings in 2019. Some seem to arise out of laziness:

Some are borne out of business use and reuse:

Some just make us groan:

Tell me, how has your vocabulary changed? Have you learned some new words? Are there words you’re just tired of hearing at this point?

Do you need help with your words? Let’s talk!

Is it “and I” or “and me”? Quarantine, Routine, and Boredom